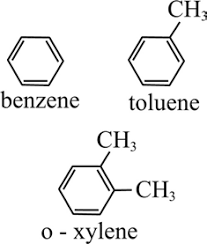 Benzene is found in crude oils and as a by-product of oil-refining processes. In industries, Benzene is primarily used as a chemical raw material in the synthesis of plastics, rubber, phenols, nylon, resins, detergents and other products used in the production of drugs, dyes, insecticides and plastics. As benzene has a high octane number, aromatic derivatives like toluene and xylene typically comprise up to 25% of gasoline (petrol).

It has a chemical formula C6H6. The benzene molecule is composed of six carbon atoms joined in a ring with one hydrogen atom attached to each. As it contains only carbon and hydrogen atoms, benzene is classed as a hydrocarbon.